Communication Workers Union Humanitarian Aid (CWUHA) is a charitable organisation which was set up in response to the plight of vulnerable children. We operate mainly in Eastern Europe, in the UK, Republic of Ireland and Africa. In 1998 CWUHA became a registered charity. 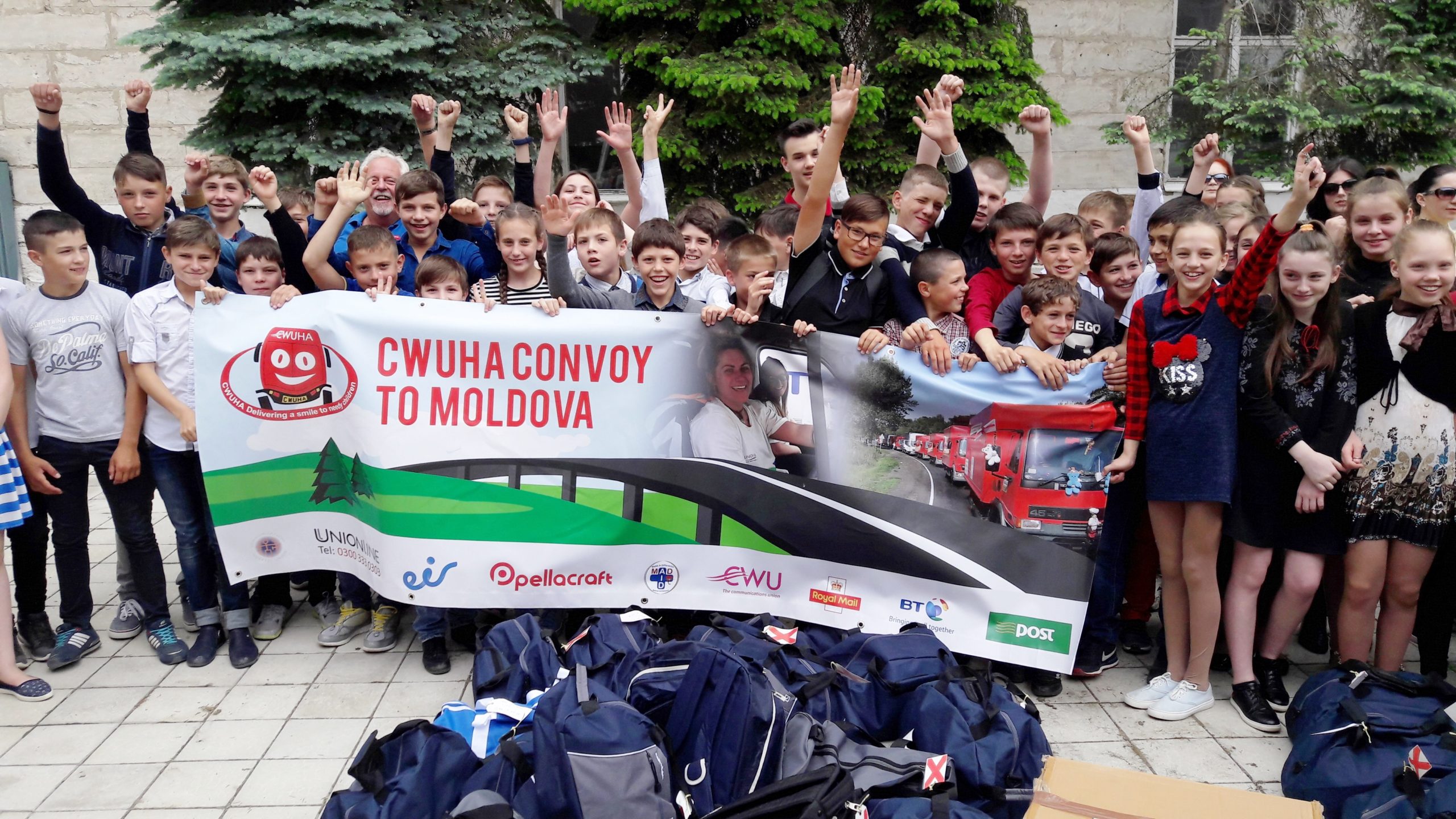 HOW DID IT ALL BEGIN?

CWUHA was set up in 1995 by CWU local and regional union officials in response to an appeal from trade unionists living in War-torn Bosnia, in particular the town of Tuzla. The first convoy arrived in Tuzla in July 1995. The determination to deliver the aid directly to those who needed it most, cutting out the risk of it falling into the hands of self-interest middlemen, set the agenda for every CWUHA convoy that was to follow. 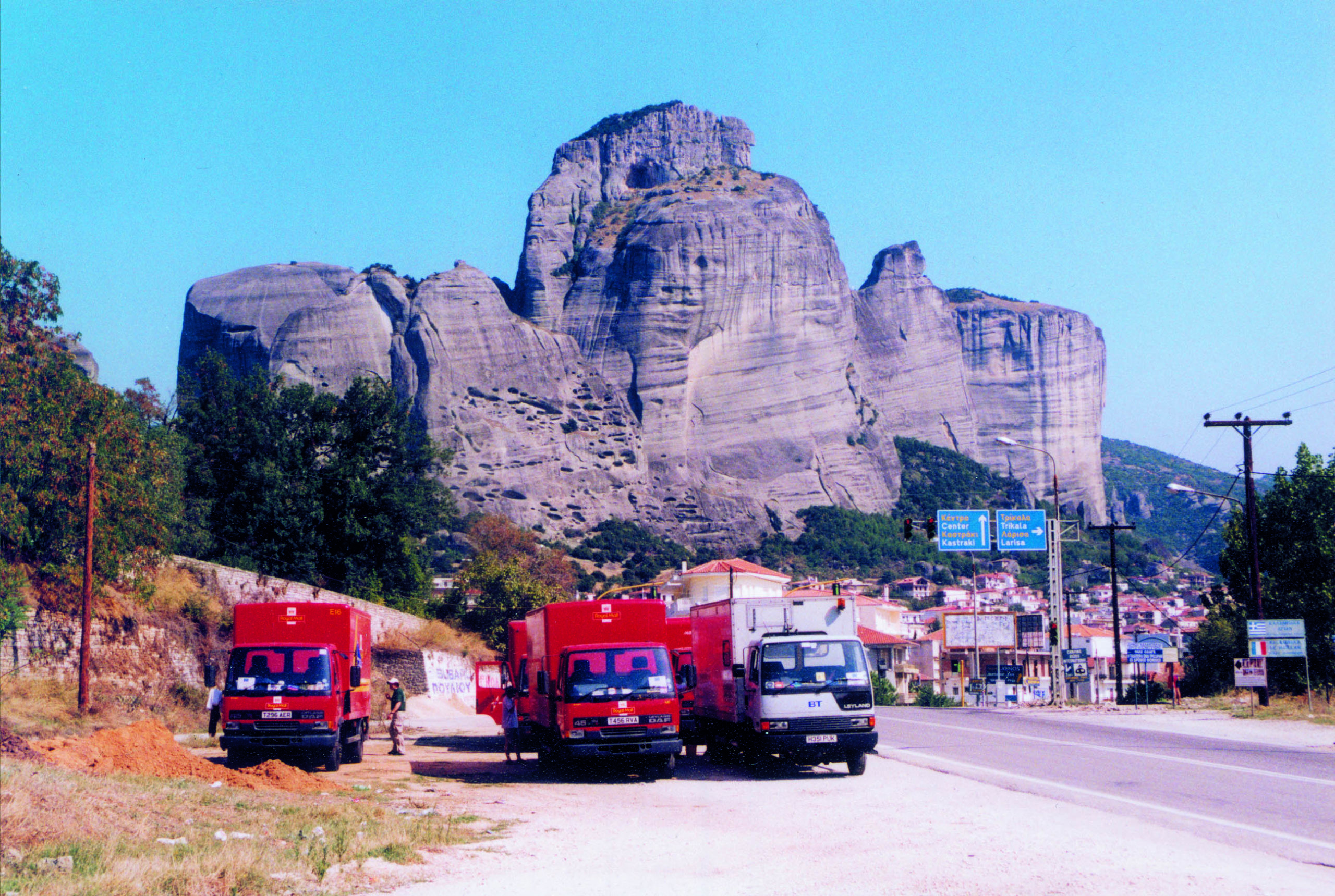 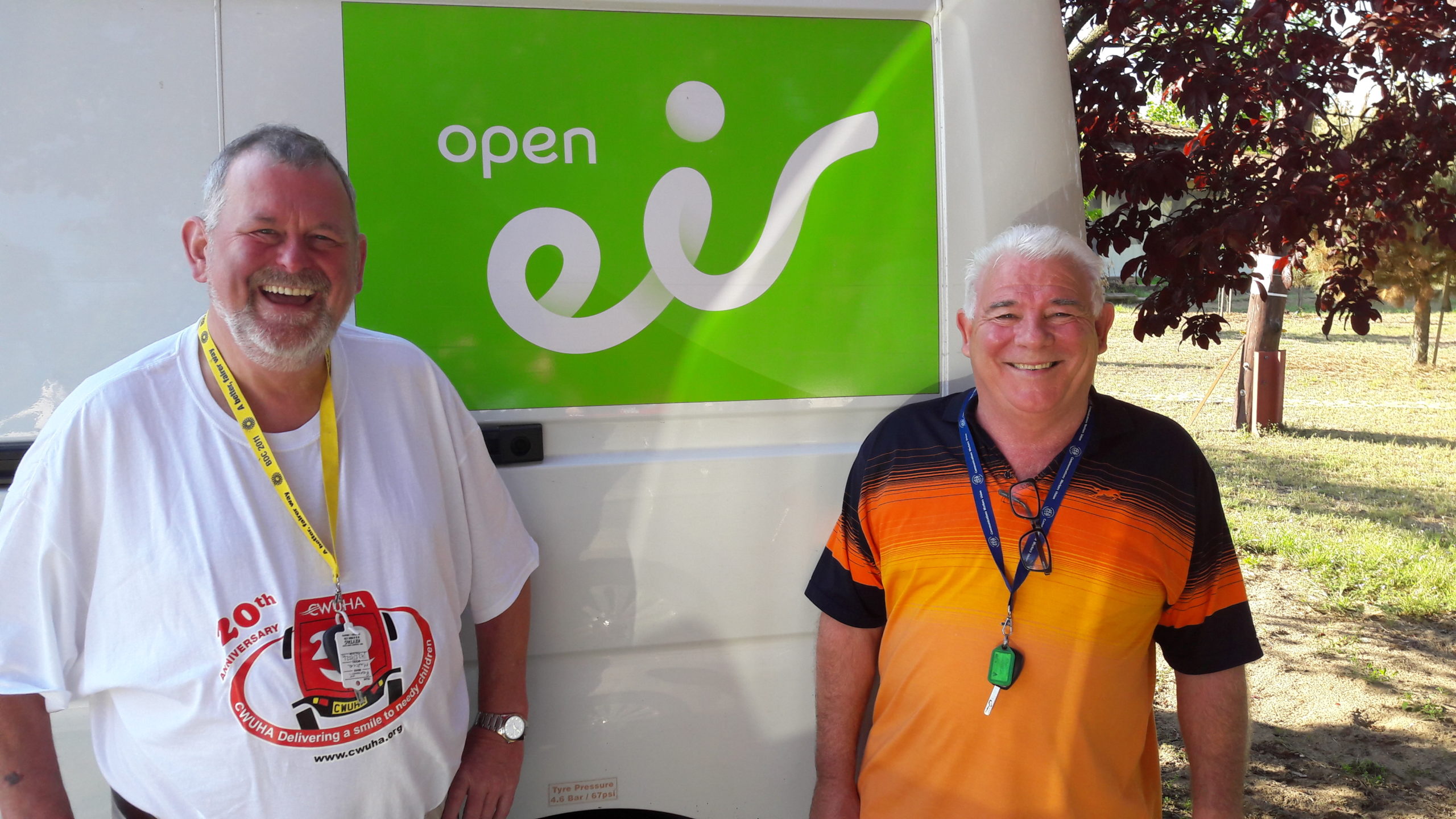 Their involvement guarantees that we can continue in our work to help disavantaged children. 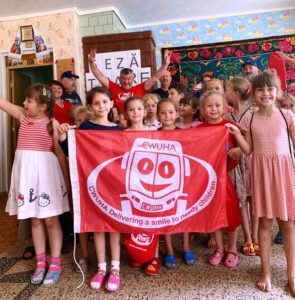 In addition to convoys, CWUHA has funded renovations including Social Assistance to Foster & Adoption Centres, a playground area at a hospital that cares for children with disabilities and a Centre for Street Children in Moldova. All these projects kept children off the streets and away from harm.

Working with our in-country partners we have given dozens of disadvantaged children from Lithuania and Moldova a holiday of a lifetime in the UK. 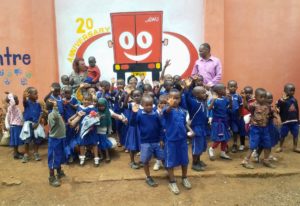 We have funded school projects in Tanzania, East Africa. One of them the Kilima Hewa School was run out of the home of one of the locals for children that cannot afford to go to a local primary school. We helped fund the build of five new classrooms, school library/computer room, toilets and supplied electricity. CWUHA sponsor some of these children and pay the wages for extra teachers.

CWUHA have donated thousands of pounds towards the Tsunami and Haiti Appeals and to the families affected by earthquakes in India and Pakistan. We also delivered, via a third party, tons of clothing to street children in Mongolia. 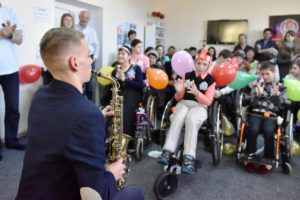 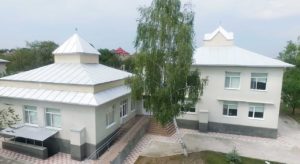 September 2015 saw the opening of the CWUHA supported centre for disabled and disadvantaged children in Moldova. The centre was opened by the Moldovan Prime Minister and named The Phoenix Centre. It must be remembered that the former communist states did not have facilities for disabled children. Children and young people with disabilities were usually locked away in institutions or within their homes, never interacting with other young people and being socially excluded from everyday activities. It is now great to see those young people interacting and developing new skills for everyday life. 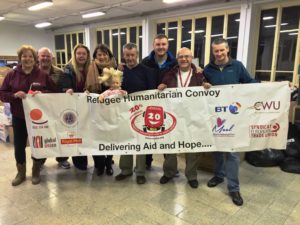 In 2015 we also witnessed the refugees fleeing the war in their native countries and entering Europe with very little warm clothing or food and with the cold harsh winter due to arrive there was a call for help. CWUHA rose to the challenge and sent two convoys of aid to refugee camps in Hungary and Bulgaria. The sights that greeted the drivers were quite harrowing, they came back with stories of children and elderly people starving, but the usual reaction was “when can we go back”. To continue helping those unfortunate people still in war-torn Syria we filled two 40 foot containers with medical supplies, bedding, clothing and food that has been delivered to hospitals in Idlib. 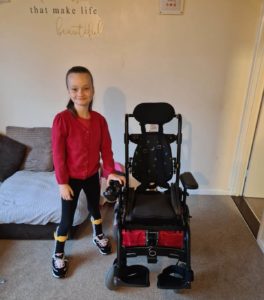 WORK IN THE UK

Though the majority of our work has been focused on other countries CWUHA has raised and donated thousands of pounds to many good causes in the UK, including hospices, a holiday home for children with life-threatening illnesses, family domestic abuse refuge centres, communities and food banks that help feed disadvantaged families. 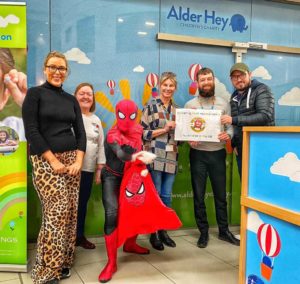 CWUHA has also helped fund specialised operations and equipment for children in the UK and donated thousands of pounds to help families impacted by the floods in Cumbria.

We have donated food and gifts to community hubs and charities to help the most vulnerable in the North East, North West and Midlands. 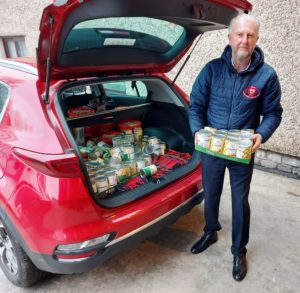 Because of COVID it was decided to cancel the CWUHA 2020 May and September convoys to Moldova and divert aid that was stored at our warehouse in Leyland i.e. hand soap, bars of soap, bleach, washing up liquid, nappies, toothbrushes and assorted toiletries to UK foodbanks. 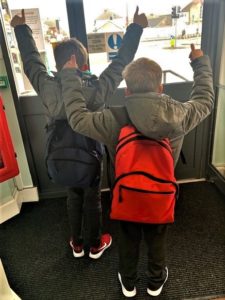 In 2020 CWUHA entered into a partnership with Blackpool Coastal Housing (BCH) who run a domestic abuse refuge centre that care for children and families fleeing domestic abuse from across the UK. The Emergency Housing Team also help vulnerable homeless young adults find accommodation.

Families usually arrive at the hostel with only the clothes on their backs. They have left their homes and come to the hostel to find a safe and calm environment, at this point they are in vital need of the bare necessities.

CWUHA will provide an emergency pack for new families that will include all the essential items that they may need to include but not limited to food, clothes, pyjamas, baby products, toiletries and towels. We will also buy items for the children to include school clothes and coats, school shoes, school bags and lunch boxes as well as other School Equipment.

With your support, CWUHA can continue in its efforts ‘to deliver smiles’